The Journal Of Mokita

The Journal Of Mokita 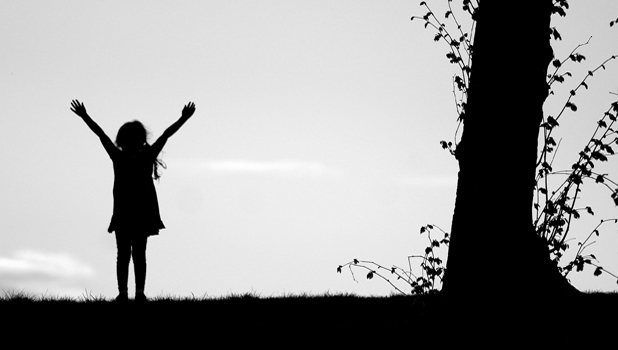 If we had to pin point one major achievement from our generation, it would be the pace at which we have built instant gratification. We post an opinion or an article online & we get likes and shares within seconds. How do you suppose anyone could possibly read, understand and evaluate within seconds? But we don’t care. All we care about is how soon and how many of these gratifiers we ‘earn.’ Earn being used so loosely that it almost loses its true meaning. We have apps and specialised services, all claiming to get us what we need a little bit faster than the other. All of them aimed at reducing our apparent “work load” & put more time in our hands.

To think about it, we now have technology and automation to do most of our menial, mundane work. Heck, there are apps to even automate the aforementioned online posting. So it only makes logical sense to say that we now have more time in our hands, but do we? The answer to that is a resounding NO! No one has any time and everybody wants more of it. This age of instant gratification has made us believe that we can excel at almost anything because 40 people liked that post/comment you made on Bots & 10 others shared it. So now you call yourself a Bot Enthusiast and want to pursue a career in something like Bot Management or Bot Development. You make a 3 year plan on how you will achieve that- online courses, networking with people in the industry, the works. But at the end of those 3 years you still don’t get that dream job in Bot Management. What do you think happened?

In order to ensure that I don’t get carried away with these virtual-pats-on-my-back, I regularly conduct reality checks for myself. These checks are severe and downright mean. I strip down my personality, one layer at a time. Facing all the harsh truths about myself till I cannot do so any more. The night is filled with echoing voices of the harshest kind but when the morning arrives, I wake as a new person. A person only mildly touched by this virtual world and its delusions. With this mindset, I learn again and I learn better. No pretence.

As fool proof as this practice of reality checks might seem, the past few months have been especially challenging for me. The troubles, well they just kept piling on- to such an extent that I felt it in my bones, the pressing physical pressure of my world coming crashing down. Fortunately for me I had spent the time, before I got caught in this personal tornado, reading and studying philosophy. At the risk of sounding a bit loony, this seemed to me almost like it was a test. A test for me to fully explore the depths of my grasp on philosophy and also to realise a school of thought that is most aligned to my personal leanings. Two schools of thought resonated the most with me. They became this life-saving ship that would carry me through the tornado and help me see the proverbial “light at the end of the tunnel.” These two schools of thought were of Zen and of Daoism. Both alike in some ways and extremely distinguished in others. I’ll be writing more on both of these philosophies in some of my upcoming posts.

But today, today I wish to talk to you about how you can definitely get that job in Bot Management by paying attention to a recurrently occurring phenomena that we overlook everyday –

The phenomena of latency and its pervasive presence in all our lives.

I have devoted time to study philosophy, from the Pre-Socratic era to Socrates and beyond. A common theme amongst all ancient philosophers has been to answer the pressing question of What constitutes the universe? Followed by an inquiry into the justification for all our actions. Who decides what is good, what is bad? Is there a God? Is there a supreme authority on what is ethical and what is not? Whilst these inquiries led to their individual streams of discovery, the central theme encompassing all of these inquiries was an undying effort towards grappling this elusive concept of “a larger truth.”

It seems that I have digressed a bit but it was important to set context regarding the history of philosophical inquiries and how there is little to no exploration around the much prevalent latency that exists in all our lives. Buddhism, Hinduism, Islam, Christianity, Daosim, Zen, Stoicism and all other religions & spiritual philosophies, in some capacity, propagate the ideology of having patience. That everything happens in its own time. However all of it sounds a bit vague and outside of ourselves. We need a concept that is real to us, to our own inherent lives. From the inception of a dream to its realisation, the road is long and lonely. It’s filled with rejection, disappointment, failure et al. But what we need to be wary of, at all times, is that-

The efforts we put into something right now will reach fruition with a latent effect that is personal to our lives and one that cannot be predicted.

How many times have you set a timeline for achieving something, only to revise it over and over again until it basically just happens at its own time? What do you think is at play here? Is it some mystical law of the universe that you have not aligned yourself to? Or is it some God that you may have possibly angered?

It is none. The only thing at play here is the underlying PROBABILITY of your life and the time it takes to turn the tide in your favour. The problem with the human consciousness is that we love to complicate things. Because if it’s not as complex as a math problem, we probably won’t take it seriously, right? Well, it doesn’t have to be so complex. Hence, as a fundamental instinct we need to factor this latency effect in our decisions, goals and life plans.

I can see how this could probably be one of the most daunting things to do in today’s day & age of instant gratification. Especially when we are constantly exposed to the superficial achievements & gratification of others. I say superficial because we only see them as they are projected on social media. We don’t see the hard work, the time, the disappointments and the failures behind each achievement. And most importantly we don’t see the difference between the actual time it’s taken someone to achieve their goal vs the projected time. Paying attention to this evermore latency in our lives and being wary of it in the lives of others can propel us to accomplish our goals and not give up in that crucial last mile.

So, keep trying because the moment we stop making these efforts is the moment the manifestation of our dreams stops too.

Now, more than ever I can see with full clarity this latency effect at play in my life. It’s the cause and effect of life that Buddha spoke of – only with a greater emphasis on the non-immediacy of the effects. If you give it a thought, can you observe this pattern in your life too?